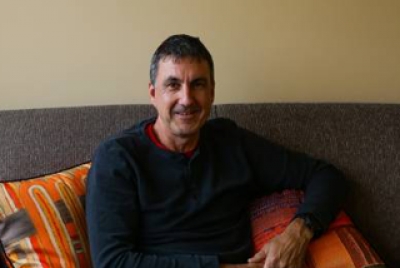 Making sure language survives and thrives

A MISSION to protect and preserve the world’s native languages is quietly being won in Newcastle.

And the man behind it, Daryn McKenny,  says the battle isn’t over until every native language is given a fighting chance.

It all began in 2002 when the Miromaa Language Centre was formed to help bring back the Awabakal language.

Miromaa, an Awabakal word loosely translated to mean “protect”, has since grown across continents, reaching thousands of native peoples, even receiving recognition in ceremony attended by First Lady Michelle Obama in the White House.

Another achievement in recent times has been the establishment of Cultured Coffee and Gifts on Hunter Street in Newcastle West – a coffee shop that has given the organisation a visible presence, helping create awareness.

“Our door is always open,” Mr McKenny said of the coffee shop’s goal of being a place for learning as well as a cuppa.

“We want people to be part of this. We want them to gain respect, an understanding, and to be proud of it.”

Miromaa embraces technology as a means to “capture” native languages on the verge of extinction.

Working with native tribes and communities across Australia, Central and South America and Africa, the organisation documents the sound, meaning and knowledge behind the words of some of the world’s oldest languages.

“It’s so important because these languages have been in this world for tens of thousands of years. They don’t just hold the stories, but they hold understanding of how indigenous peoples have cared for this world over all this time; understanding of science, of astrology, of climate, being resource managers – all this sits within our languages and we can’t let it disappear.”

Mr McKenny said the difficulty of reviving Aboriginal languages were that they were almost always only spoken orally.

Also, little was done to preserve the languages through pen and paper during European settlement, meaning survival largely depends on the knowledge of direct descendents.

Through a language entry database, multimedia recording and smartphone applications, many languages are gaining a new lease on life, ensuring they live on across generations.

“Technology simply wasn’t around to capture and document languages in the way we needed to,” Mr McKenny said. “But the languages are still here, they are all around us and they are now being kept as part of our identity in the best possible way.”